So I had a knee jerk reaction and blocked a comment that someone tried to post on my blog page this morning. I considered the comment rude and of no value, and somewhat insulting, but in hindsight, I should have posted it. Unfortunately, once a comment has been deleted permanently from the WordPress blog system, it is gone forever.

The person posting the comment (named “Rob”) basically said that I had no standing to comment on matters of science, i.e. wildlife mangement or wolf biology,  because I was someone who “believes in the Sky Fairy”.  In other words, anyone who believes in God should keep their mouths shut when it comes to matters of a scientific nature.

“God is known by nature in his works, and by doctrine in his revealed word.”

I should have posted “Rob’s” comment, if for no other reason than just to expose how absurdly bigoted and stupid such a narrow worldview actually is.  Countless brilliant scientists in every field, including mathematics, astronomy, geology, biology and physics, today and down through history, have been or are believers in a designer/creator God. Scientific giants like Kepler, Galileo, Linneaus, and Newton were devout believers.   Atheists mistakenly love to claim Galileo was one of their own.    However, while it is a fact that Galileo was threatened and persecuted by the establishment Catholic church  for calling into question certain errant teachings and traditions, Galileo never wavered in his belief that, as he wrote so eloquently…“God is known by nature in his works, and by doctrine in his revealed word.”

The question Rob raises is whether or not the existence of God, or the belief in the existence of God, is something that is totally off limits or irrelevant to the observable and demonstrable facts of science.  My answer of course, is NOT BY A LONG SHOT!  In the Old Testament scriptures we read that God himself instructed the Hebrews in matters of science as documented by the laws governing sanitation, i.e. hand washing, food preparation, the importance of putting sick people into quarantine, the need to bury human excrement, as well as the rules governing the handling of dead bodies. 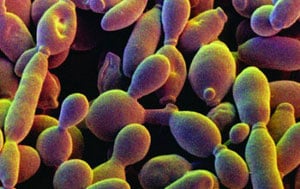 Yes, all of this scientific knowledge was provided in the OT scriptures thousands of years before Louis Pasteur uncovered the undeniable role that “germs” play in disease transmission.  In fact the great plague known as the”Black Death” which ravaged Europe for five years during the middle ages and killed an estimated 20 million people, was only abated when isolated monks turned to the OT scriptures and began advocating for quarantines and sanitation.

God revealed the “invisible” threats to our health and well being long before the invention of the first microscope.  On the macro scale, God had already described the universe in scientifically accurate terms long before astronomers could confirm the facts. For example, in the book of Isaiah, God declares the earth to be a sphere and the heavens like a curtain.  “It is He who sits above the circle of the earth, and its inhabitants are like grasshoppers; who stretches out the heavens like a curtain, and spreads them like a tent to dwell in…” Isa 40:22

Despite what “flat earthers” like N.B.A. star Kyrie Irving claim, we know with scientific certainty that the earth is indeed a sphere, surrounded by a thin veil, or “curtain”, which we call the atmosphere.  Today’s images from the Hubble telescope reveal that the entire universe is indeed spread out “like a curtain”.  When a curious observer, through innovation and scientific endeavor, begins to draw that curtain away,  we discover  a depth of design and beauty that is incomprehensible.  When you scientifically consider the intricacy, complexity, beauty, and scope of the visible observable universe, it becomes totally absurd to refer to it’s designer and sustainer as some sort of “sky fairy”.

“The heavens declare the glory of God, and the sky above proclaims his handiwork. Day to day pours out speech, and night to night reveals knowledge.”

Rob, do some homework before posting stupid comments.  Take time to study the known and observable facts.  Admit you have limited understanding.  Then get a good night’s sleep.  Maybe in the morning you’ll know something.