I’m posting a link to an important document that will help folks understand the global REWILDING perspective.

While obviously written from the pro-REWILDING point of view, the articles in the source document more or less accurately portray the emerging conflicts between traditional land uses necessary for human survival and global conservation goals.

Unfortunately, the authors and contributors completely ignore the issue of PRIVATE PROPERTY and/or CITIZEN RIGHTS, which besides being purely  an”American thing”, are concepts the radical environmental lobby hopes will go the way of the dodo bird. 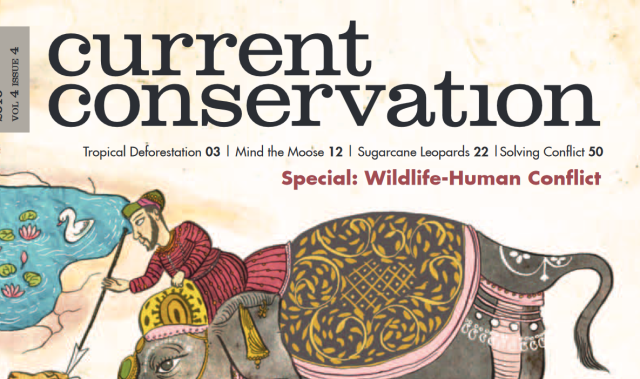 Here are a few notable excerpts if you don’t have time to read the entire 56 pages….

“There are many potential mitigation measures that could be used, but all of these require a transition from free-ranging grazing to a more controlled form of husbandry, and so far the industry has shown a very limited will to change, preferring to accept compensation payments and lobby for a reduction in large carnivore numbers.” (Page 14-15)

“On top of these conflicts that have a material or economic basis are a whole range of social, cultural and political conflicts. Although issues like economic loss and fear for personal safety are often cited, a large part of the background lies with a fundamental disagreement between rural people and those living in cities, and between rural community leaders and more central authorities, about who should make decisions and about the fundamental right of large carnivores to exist in our modern landscapes.” (Page 15)

“Therefore the wolves threaten not only sheep, dogs and wild game. Their protection, widely seen as emblematic of a drive to change land use from production to protection, is threatening the whole idea of rural landscapes in the eyes of many local people. Conservation threatens traditional economic activities, and is viewed as part of a broader attack on rural communities and lifestyles, entailing centralisation, depopulation, and general economic drain in favor of urban areas. Changes in the physical landscape, such as spontaneous reforestation of farmland and abandoned homesteads, are seen as the onslaught of chaos, and not a return to a pristine wilderness state. Removing wolves was necessary for earlier generations in order to turn the land into a carefully managed production landscape, and the current protection of wolves therefore is an attack on the whole rural ethos and a mockery of the toil of the ancestors.” (Page 41)

“In both the instances, the groups have similar perceptions of the large carnivore, but their disagreements stem from their perception of the landscape and how it should be used. This insight adds an interesting twist to conservation practice, shifting its centre of gravity from conserving species to managing contested claims in multi use landscapes.” (Page 42)