Do you know what an “Energy Footprint” is?

An “Energy Footprint” is defined by the Global Footprint Network (GFN) as the sum total of all the land area used for energy production.  The Global Footprint Network provides tools to measure and compare each of our ecological footprints to the earth’s capacity for biological regeneration. Green activists are enamored by footprint terminology and often refer to this or that footprint (i.e. carbon, water, energy, etc.) as a way to demonstrate how much smarter and more informed they are than the average citizen.

That said, calculating the energy footprint of various power sources is indeed an important aspect of assessing the overall environmental impact of a particular energy source.  Land usage calculations have been conveniently ignored by those advocating that America “go green” at any cost. For the most part, activists calling for the elimination of fossil fuels in favor of wind and solar really have no idea what they are talking about when it comes to energy footprints. That would include Washington State’s governor, Jay Inslee, who wants to wean our state off of fossil fuels in favor of solar and wind power in a mere ten years.

Last year there were a total of 1,793 natural gas powered electricity plants in the United States. Natural gas accounts for about 34% of the nation’s electrical generation.  A total of 400 coal fired power plants account for another 30% while 61 nuclear power stations provide an additional 20%. 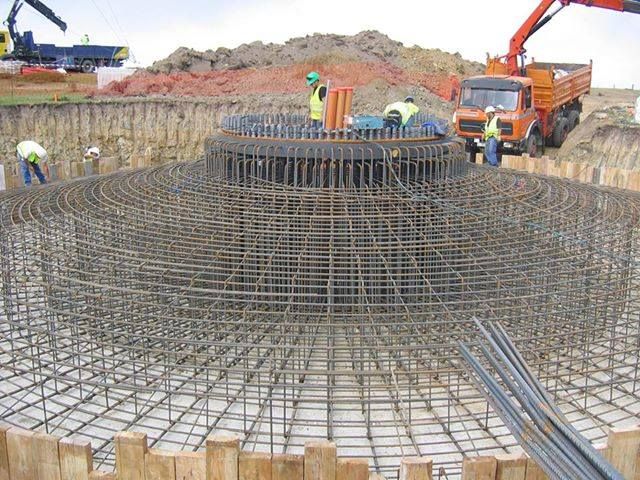 A typical wind turbine requires 900 tons of steel, 2,500 tons of concrete and 45 tons of non-recyclable plastics, plus numerous rare earth metals, and up to 60 gallons of lubricating oil that needs changing at regular intervals.

To be accurate, an energy footprint should include everything associated with a particular energy source such as mines, pipelines, refineries, transmission lines, and all energy support infrastructure and industries.  In the case of wind turbines, that would include more than just the footprint of the actual wind farms, but also include steel manufacturing plants, transport trucks, trains, and ships, and the land area it takes to bury thousands of non-recyclable turbine blades. However, all those additional parameters, while important, are well beyond the scope of this author to ascertain. My intention here is simply to compare the land area required to generate an equivalent amount of power by the various energy sources cited.

My premise is that certain types of power generation, such as wind and solar, are land gluttons.  For example, a fossil fuel or nuclear power generating station typically occupies about one square mile of land. Excluding hydro power, the total land used for our top three methods of power generation (gas, coal, nuclear) amounts to roughly 2,254 sq. miles, which is an incredibly small footprint considering the amount of power generated.

Based on energy production calculations,  in order to achieve the same level of power generation from the wind would require up to 360 times more land area than generating that same power from a fossil fuel plant.  The energy footprint for wind power generation is undeniably massive. Solar power doesn’t lag far behind wind when it comes to land gluttony, requiring up to 75 times more land area to achieve the same power output as a typical fossil fuel plant.

While advocates of wind power like to ignore the fact that the wind only provides intermittent power for consumers, no one can deny that wind farms take up excessive amounts of land and still require a great amount of fossil fuels in their manufacture, transport, and operation. Wind turbines also require a number of both common and rare earth minerals to be continuously mined, processed, and transported.  Manufacturing and transport of the steel towers to support wind turbines consumes massive amounts of raw materials, fuels, and electrical power.

The base of one wind turbine typically requires a hundred diesel fueled truckloads of concrete, or more. Road construction and transmission lines needed to support wind farms all require machinery, metals, and fuel oil. A particular concern that I have, and one that is often ignored by so-called “environmentalists”, is that once a wind turbine’s massive concrete base is poured into the earth, it cannot be removed by any practical or economically sound method, thereby ruining the land for any other purpose, forever.

The total land area of the 48 contiguous states is 3,119,884 sq. miles (including water bodies). To produce the same amount of energy from wind turbines as is currently provided by fossil fuels and nuclear power would require covering an additional 811,440 sq. miles of open land with wind farms. In other words, in order to rid ourselves of the fossil fuel “menace”, we’d have to cover more than 25% of the contiguous United States with wind turbines. But don’t forget that wind turbines and solar panels are always going to require a considerable amount of petroleum products and minerals in order to exist.

Industry experts claim that turbine gear boxes and generators are the single most expensive components to repair and/or replace on wind turbines. Ironically, a new wind turbine requires up to 60 gallons of oil to operate, which needs to be changed out every three months.

The bottom line is that people who think wind energy is going to provide a pathway to a prosperous and “clean green” energy future devoid of fossil fuels are woefully mistaken. The continent of North America is awash in clean burning natural gas and vast reserves of coal and oil. To abandon an abundant supply of cheap available energy in the form of fossil fuels that can be extracted and utilized safely and in an environmentally responsible way, in favor of turning our landscapes into a forest of wind turbines and glass plates, is a very poor choice indeed.

SOURCES FOR THIS ARTICLE INCLUDE:

How Two Wells in Wyoming Explain the Natural-Gas Glut – WSJ

One thought on “AMERICA’S ENERGY FOOTPRINT – Another Reason to Reject Wind Power!”